Pre-U24/04-April-2013: Free and Fair Election Network (FAFEN) has deployed Constituency Long Term Observers (CLTOs) in every National Assembly constituency across the country to observe the election campaign period. CLTOs report violations of the Election Commission of Pakistan (ECP) Code of Conduct for Political Parties and Candidates, among other topics. The following Pre-Election Update is based on reports gathered from CLTOs between March 24 and March 29, 2013, from a total of 66 constituencies – 51 constituencies in Punjab, 8 in Sindh, 5 in Khyber Pakhtunkhwa (KP), and one each in Federally Administered Tribal Areas (FATA) and Islamabad Capital Territory (ICT).

END_OF_DOCUMENT_TOKEN_TO_BE_REPLACED

Pre-U23/01-April-2013: This report highlights issues relating to security and public accessibility of District Election Commissioner (DEC) offices observed by the District Long-Term Observers (DLTOs) of the Free and Fair Election Network (FAFEN) in 47 districts between March 11 and 20, 2013. It identifies potential public accessibility problems in eight of the 47 observed DEC offices and a need for enhanced security measures in 29 offices.

END_OF_DOCUMENT_TOKEN_TO_BE_REPLACED 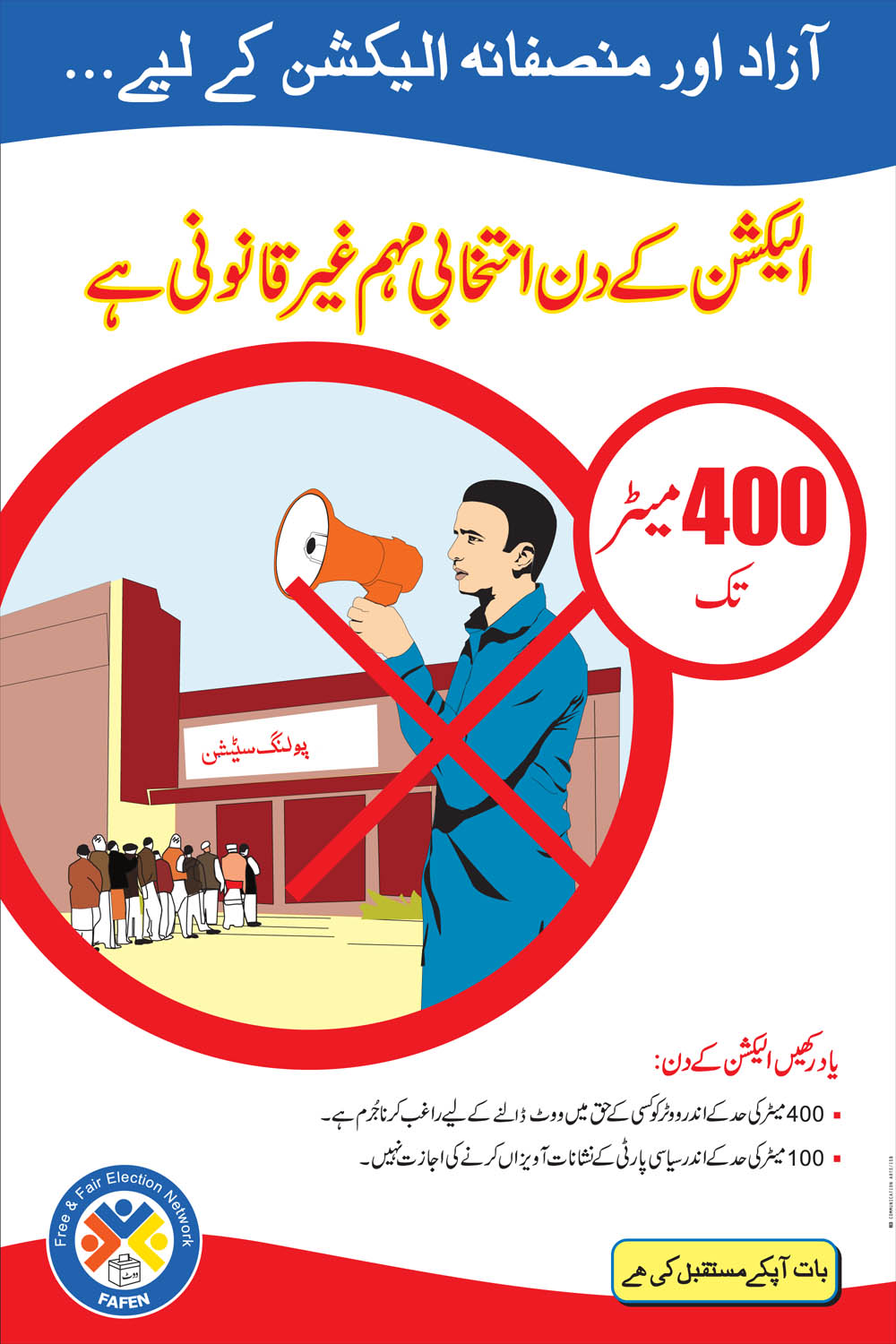 Pre-U22/29-Mar-2013: This report is based on direct interviews of political party office-bearers conducted by District Long-Term Observers (DLTOs) deployed across the country by the Free and Fair Election Network (FAFEN). It has been compiled from data gathered between March 18 and 22, 2013, from 79 districts – 26 in Punjab, 22 in Khyber Pakhtunkhwa (KP), 18 in Sindh, 10 in Balochistan, and three in the Federally Administered Tribal Areas (FATA). FAFEN DLTOs use a standardized interview format for discussions with political party office-bearers, which includes three questions on violence.