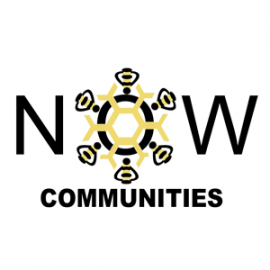 The National Organization for Working Communities (NOWCommunities) was founded in 2007 and was registered with the Sindh Government in January 2008. It is being led by a team of dedicated experts in development sector who were working in various fields concerning labour, women, peace, minorities, media, education, and community health. Ever since its inception, NOWCommunities has tried to root itself in the working communities by strengthening their existing contacts and building more through different interventions.

In a class-based society like Pakistan, where there is little room for the working class, it is necessary to have organizations that are committed to the causes of people who work in factories, farms, and mines, and also those who work as home-based informal workers and domestic help. These are the people who live below poverty line and an estimate puts their figure to almost 60 million, which makes 33 percent of the total population of the country.

Its Vision is to have a non-discriminatory society based on human dignity.

The organization’s Mission is to build capacity of the vulnerable communities with special focus on the working class by realizing their fundamental human rights as granted in the Constitution of Pakistan and in the International Conventions.