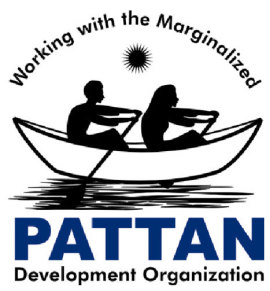 Pattan Development Organisation was established in 1992 to work with the powerless and most vulnerable people in the riverine communities of the Punjab province. Its primary mandate was to help the communities on the issues of disaster risk reduction, preparedness, emergency response and rehabilitation. However, since its inception, Pattan has always focused on harnessing the unleashed social and political potential of people in an effort to enable them to take control of the decisions that affect their daily lives. Pattan, therefore, strived to facilitate the creation of local level institutions that could represent and articulate the interests of all social groups, breaking the barriers in the way by traditional power structures.

Pattan, in fact, was the institutionalisation of efforts by a group of volunteers who had tirelessly worked with the victims of September 1992 floods that ravaged much of the country, leaving thousands dead. Backed by international donors, this group of volunteers was primarily engaged in distribution of relief and rehabilitation goods – tents, food and wheat seed – to worst hit riverine communities in Sargodha, Multan and Muzaffargarh districts. However, soon we realized that the riverine communities of Punjab were home to the country’s most marginalised people and that relief alone would not address their multiple vulnerabilities.

Pattan is committed to mainstreaming marginalised and isolated communities, groups and women into political and economic decision-making processes at all levels through mobilisation, networking, capacity building and advocacy for structural and policy change.