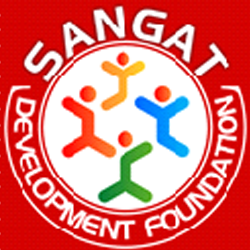 Sangat Development Foundation (SDF) was formed in 2013 by a group of social and political activists to promote Social Democracy, Peace, Harmony, tolerance, Human Rights, and for the empowerment of the most neglected and political educators. Its main program focus aimed to promote an informed citizenry in Pakistan and strengthening of democratic institutions. The SDF formally registered as non-profit organization as Society with Registrar Joint Stock Companies in the Districts of Vehari, Gujranwala, Hafizabad and Rahimyar Khan under Societies Registration XXI Act of 1860 in early 2014. SDF is governed through a Governing Body as central decision making body. Its founders have been engaged with social sector for a long time. Their working in the fields of governance related programs brought SDF one of the most active well-recognized and acknowledged names in the area of local governance. The Sangat Development Foundation-SDF is a membership based society working in 10 districts (Lahore, Vehari, Rahimyarkhan, Bahawalpur, Bahawalnagar, Hafizabad, Gujranwala, Gujrat, Narowal & Sialkot) of Punjab. SDF have permanent field offices at Vehari, Rahimyarkhan, Hafizabad & Gujranwala including Head office at Lahore. SDF have been registered with EOBI to providing old age benefits to its employee’s under EOB Act 1976. SDF is also registered with FBR as withholding agent in 2014 under NTN # 4338070-7. SDF have developed a large variety of I.E.C literature and training manuals, published by many other civil society organizations. The SDF have set-up a Local Government Resource Centre-LGRC in order to facilitate the elected local government councilors and is publishing a quarterly newsletter on Devolution and Local Governance.

“The Sangat Development Foundation firmly believe in struggling jointly to establish a just society in Pakistan that is non-discriminatory, equitable and democratic and that would ensure equal rights and opportunities for all citizens irrespective of faith, gender, race and ethnicity in order to live without any harassment and prejudices, having full freedom of expression, association, moving and adapting any profession according to own will.”

“Sangat Development Foundation is determined to Struggle jointly to achieve a society in Pakistan; that would be socially just, economically productive and equitable, genuinely democratic and pluralistic, where there should not be any type of discrimination and exploitation on the basis of Gender, Race, faith, Class and Geography.”