Senate Takes Up Heavy Agenda; Rejects US Statements about Pakistan 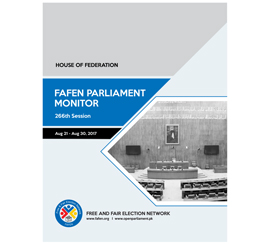 With an average of 15% Senators present at the start and 19% at the end of each sitting, the session transacted most of the agenda, appearing on the Orders of the Day. A maximum of 63% members, on average, attended the session along with the presence of two minority lawmakers.

Each sitting, on average, started four minutes behind the schedule and continued for three hours and 38 minutes. The Prime Minister attended the 1stand 4th sittings and held in-camera briefing on the implications of the decision of an Arbitration Tribunal of the World Bank’s International Center for Settlement of Investment Disputes on the claims filed by Tethyan Copper Company against Pakistan in relation to the denial of a mining lease for the Reko Diq project.

Sub-rule (2A) of Rule 61 of the Rules of Procedure and Conduct of Business in the Senate states that the Chief Executive shall attend the Prime Minister’s Zero Hour (last hour of the sitting) at least once a week when the Senate is in session.

The Parliamentary leader of  PPPP attended seven sittings, followed by the leaders of JUI-F, MQM, PML, NP, BNP-M (6 each), PkMAP (5), PML-F, JI (4 each) and BNP-A and PML-N (2 each). Parliamentary Leaders of PTI and ANP did not attend any of the sittings.

A PPPP female lawmaker walked out of the House for 115 minutes during the second sitting as the Chair did not allow her to speak on a Calling Attention Notice.

Of the 220 Starred Questions appearing on the agenda, 56 (25%) were taken up on the floor of the House. Twenty-five (25) male lawmakers asked 196 questions while six female lawmakers raised 24 questions. In addition, lawmakers asked 111 supplementary questions; 26 among them were related to the Ministry of Interior, followed by Ministries of Finance (24); Energy (19); Commerce and Textile (18) and Capital Administration and Development Division (17).

The lawmakers raised 27 Points of Public Importance consuming an hour and 14 minutes of the session’s time while four Points of Order consumed seven minutes of the proceedings. The House witnessed presentation of 13 reports of various committees while seven motions were passed under Rule 194 (1) to extend the presentation period of as many reports regarding various parliamentary interventions.

The House adopted a motion referring the Domestic Workers (Employment Rights) Bill, 2016 to the Joint Sitting of both Houses of the Parliament as it was not passed by the National Assembly within 90 days after its transmission to the Assembly by the Senate.

The government bills introduced in the House included the Elections Bill, 2017; the Public Interest Disclosures Bill, 2017 and the Marine Insurance Bill, 2017. Among 10 other bills, four each were deferred and rejected while two bills were withdrawn. The Elections Bill, 2017 was referred to the relevant Standing Committee on Law and Justice with remarks of the Chair to present the report on the bill during first sitting of the upcoming session which is likely to be held on September 11, 2017.

The House adopted nine resolutions as well. These were related to the launch of a special channel on the state television (PTV) to broadcast parliamentary proceedings of Federal and Provincial legislatures; improve the quality of front page of Pakistani official passports and to increase its pages; help the people affected by recent rains and floods in Balochistan on immediate basis and construct more small Hydro-electric dams; revival of student unions in the educational institutions; appointment of homeopathic doctors in all government hospitals of Islamabad; end country’s dependence on foreign and domestic loans; congratulate Pakistani cricket team on winning ICC Champions Trophy, 2017 and preserve the culture as well as heritage of the people of Kalash and Chitral.

A resolution on reserving seats for Baloch students in Cadet Colleges was disposed of for being Provincial subject while two resolutions were deferred on immediate removal of Chairman, Securities and Exchange Commission of Pakistan and constitutional as well as democratic rights of the people.

The House debated eight motions under Rule 218, which were related to overall position of hunger in Pakistan; protection of women rights; devaluation of Pakistani rupee; alarming rise in the trade deficit; need for political reforms in Gilgit-Baltistan; overall performance of the Ministry of Housing and Works; need and importance to create awareness amongst the masses about the Constitution and Laws and the ratio of approval/adoption of the recommendations of the Senate sent to the National Assembly on Finance Bill, 2017-18.

Three other motions were deferred due to the ministerial absence which were related to structural issues of power sector; progress to curb militancy as envisaged in the National Action Plan and the present policing system in the country.

A total of 12 Adjournment Motions (AMs) appeared on the agenda, of which three were admitted for discussion. The House took up eight Calling Attention Notices (CANs) which were related to the Ministries of Defence; National Health Services, Regulations and Coordination; Interior; Information Technology and Telecommunication; Foreign Affairs; Commerce and Science and Technology.

The Chair clubbed the AMs and CANs together on US Afghan policy about Pakistan. Thirty-seven lawmakers took part in the discussion for three hours and 47 minutes. The Chairman reacted over the statement of the US President and warned against Vietnam and Cambodia like situation over any misadventure while the debate was concluded by the Federal Minister for Foreign Affairs during his six-minute speech.

The Senate held a reference for late Senator Abdul Rahim Khan Mandokhail, who passed away on May 20, 2017. Seventeen lawmakers expressed their condolences for 57 minutes. The Chairman also expressed his views on the reference for about four minutes.

The Leader of the House presented the report of the Committee of the Whole regarding the preparation of policy guidelines in light of the emerging regional realities and the role of the United States, containing initial response to the US President’s Afghan-South Asia Policy statement. The report was adopted by the House following motion under sub-rule (1) of rule 196 of the Rules of Procedure and Conduct of Business.

Minister for Interior responded to two Points of Public Importance which were related to life threats of political workers of Balochistan National Party in Khuzdar and non-availability of NADRA offices and their mobile vans in Buleda and Makran Division of Balochistan. The House deferred its response on the shutting down of 300 coal mines in district Harnai by FC Balochistan due to absence of the minister.

The House also approved the amendments to the Rule 98, Rule 100 and Rule 203 of the Rules of Procedure and Conduct of Business in the Senate, 2012.

END_OF_DOCUMENT_TOKEN_TO_BE_REPLACED

Senate Discusses Energy Crisis, NAB’s Role in Accountability Process
ISLAMABAD, January 15, 2021: The Senate on Friday discussed the role of NAB in accountability process and a motion related to energy crisis and inflation…